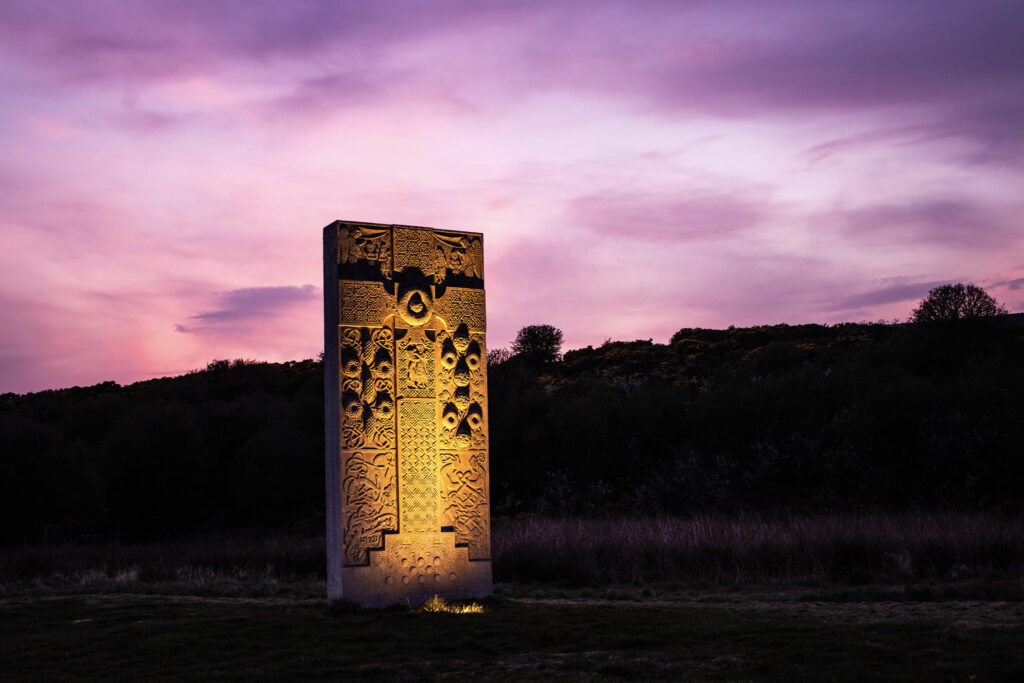 About Hilton of Cadboll Stone

The original Hilton of Cadboll Stone is a Class II Pictish stone that was discovered at Hilton, one of the Seaboard Villages on the East coast of the Peninsula.

It is said to be one of the most magnificent of all Pictish cross-slabs. On the seaward-facing side is a Christian cross, and on the landward-facing side are secular depictions. The latter are carved below the Pictish symbols of crescent and v-rod and double disc and Z-rod: a hunting scene including a woman wearing a large penannular brooch riding side-saddle. Like other similar stones, it can be dated to about 800 AD.

The stone was formerly near a chapel just north of the village. It was removed to Invergordon Castle in the 19th century, before being donated to the British Museum. This move was not popular with the Scottish public and it was moved once more, to the Museum of Scotland in Edinburgh, where it remains today. A reconstruction of the original stone, designed and carved by Barry Grove, was erected on the site in Hilton.

This stone is part of the Highland Pictish Trail.  There is a new augmented reality visitor storyboard at the site which really adds to the visitor experience.