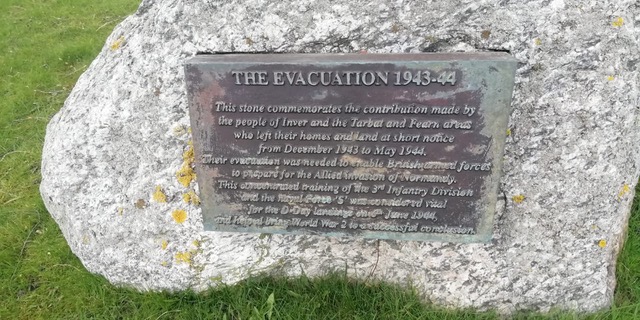 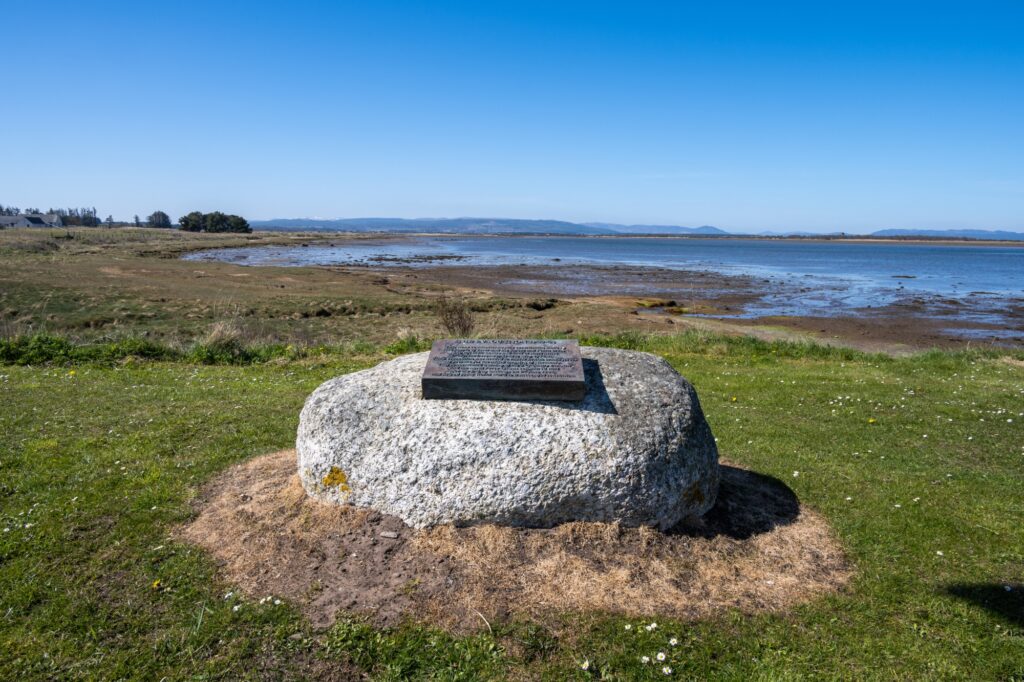 THE EVACUATION 1943-44 This stone commemorates the contribution made by the people of Inver and the Tarbat and Fearn areas who left their homes and land at short notice from December 1943 to May 1944.

Their evacuation was needed to enable British armed forces to prepare for the Allied Invasion of Normandy.  This concentrated training of the 3rd Infantry Division and the naval Force 'S' was considered vital for the D-Day landings on 6th June 1944, and helped bring World War 2 to a successful conclusion.

The stone can be found on the grounds of the Tarbat Discovery Centre.